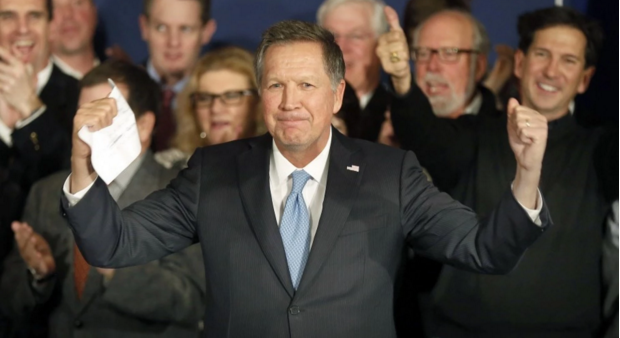 The Washington Post reports on the state of education in Ohio under Kasich, citing an important study from Innovation Ohio:

“…traditional public schools, which educate 90 percent of Ohio’s kids, are receiving $515 million less state funding than before Kasich took office. Local school levies have been increasing as a result. Yet, Innovation Ohio said, funding for charter schools increased by 27 percent over that same five-year period — and charters wind up receiving more state money per pupil than traditional public schools through a complicated formula — even though Ohio’s charter sector is considered the most troubled in the country.” 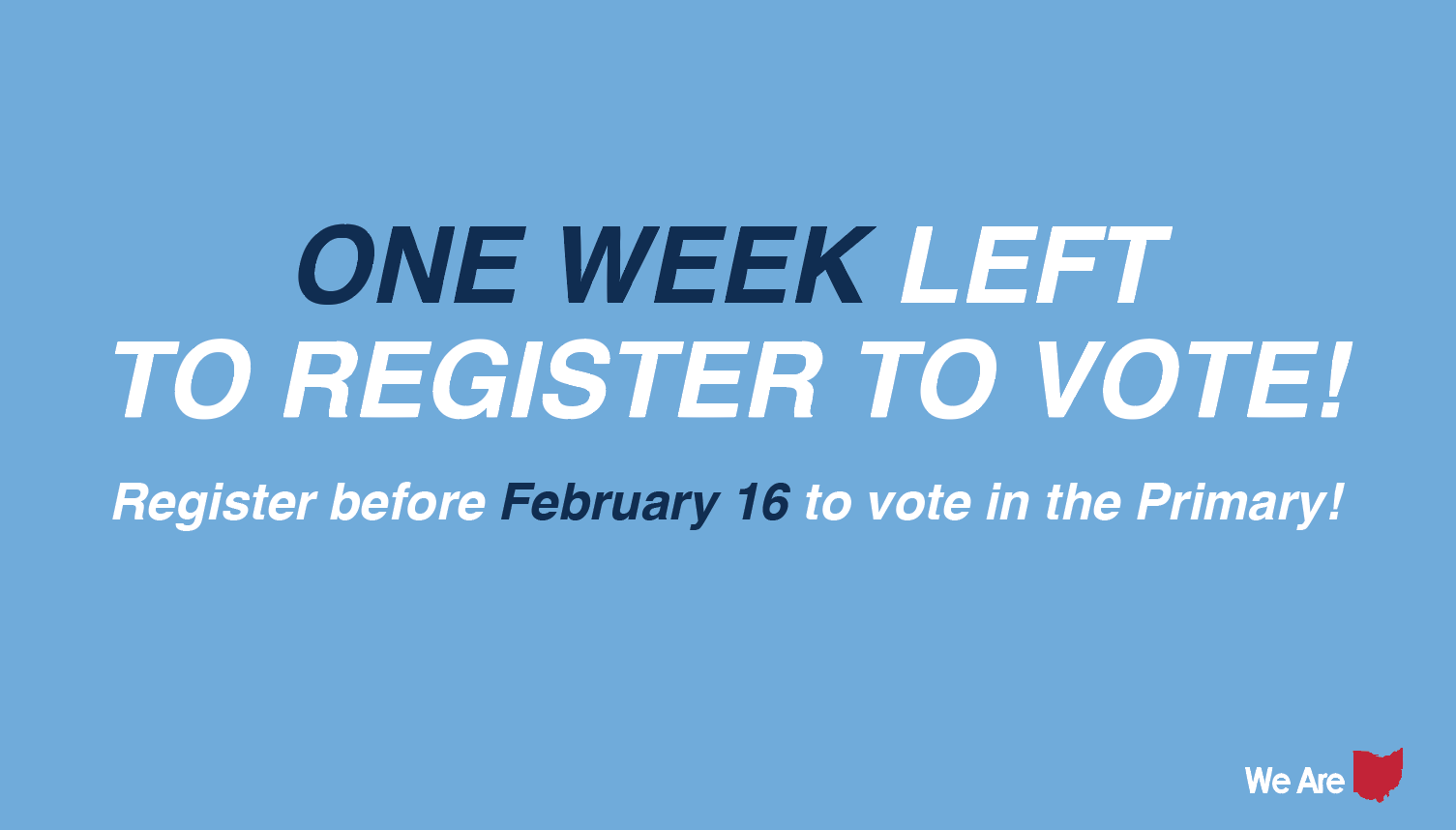 To vote in the March 15th primary, Ohioans have one more week to register. Your voice matters and your vote makes a difference.

For more information about how to get registered, update your address or check your registration, click here. 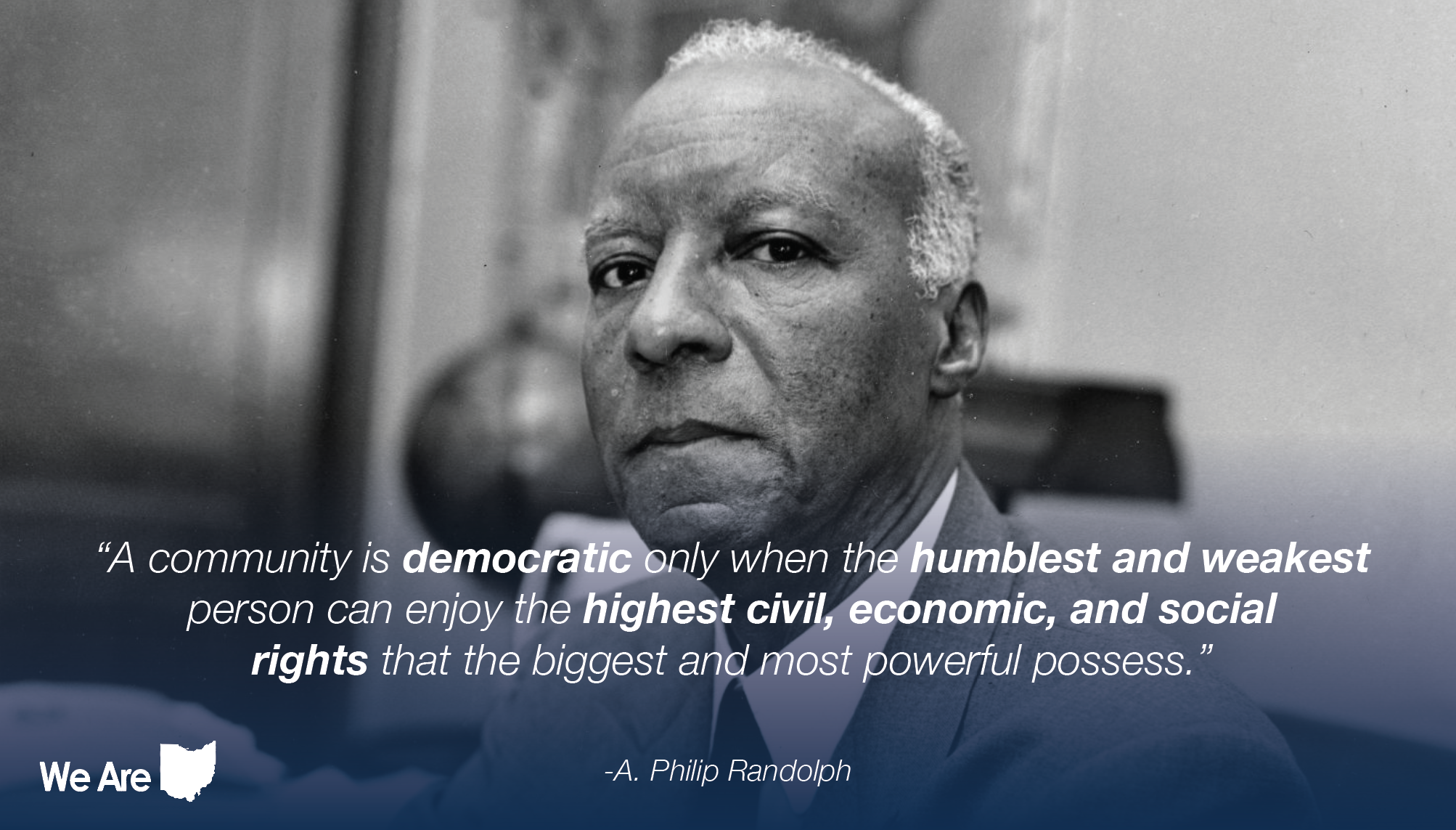 February is Black History Month. Here at We Are Ohio, we’re celebrating civil and labor rights champion, A. Philip Randolph. Randolph was the first African-American inducted into the Labor Department’s Hall of Honor, and his inspirational words are just as meaningful today. 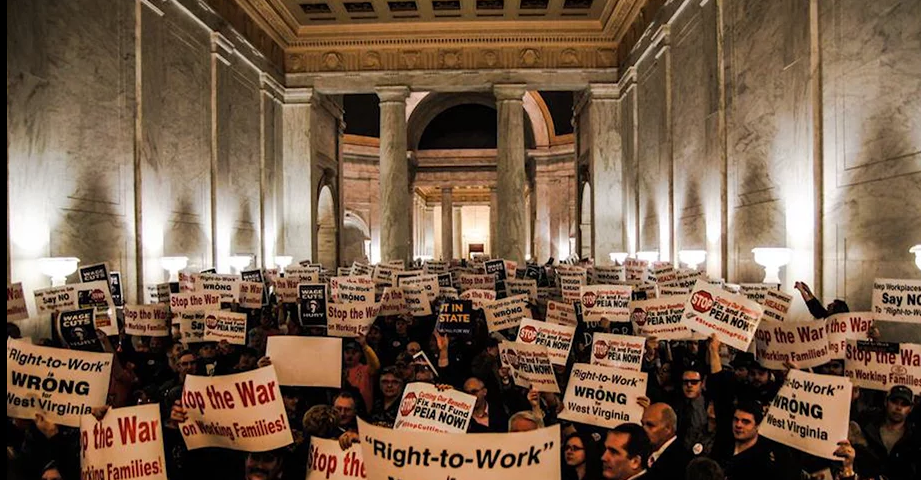 The West Virginia State House narrowly passed a right-to-work bill on Thursday, setting the state up to become the country’s 26th that doesn’t require employees to pay dues to their unions — a measure that has hobbled organized labor elsewhere.

The bill had been fast-tracked through the legislature’s two-month session, passing through committee hearings, floor debate, and final votes in a span of three weeks — amid protest rallies and furious lobbying by unions and their allies — in order to leave enough time for the legislature to override an anticipated veto by Democratic Gov. Earl Ray Tomblin. It passed by a vote of 54-46, and an override only requires a simple majority vote.

Read the full story from the Washington Post here.

Local governments in Kentucky can increase the minimum wage, but a federal judge ruled Wednesday that they can’t ban labor unions from requiring employees to join them.

In competing court cases that pitted Democrats against Republicans in a pair of polarizing workplace issues, the courts have now declared them distinct.