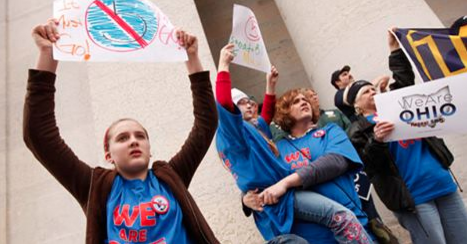 On this day five years ago, We Are Ohio was born!

“With chants of “We are Ohio,” an estimated 11,000 union supporters rallied at the Statehouse yesterday to launch the effort to overturn the law that would weaken public workers’ bargaining power.”

Where you at the rally that day in April? Five years later, we’re still fighting!