Just like opposition to Senate Bill 5 was bipartisan, so is Ohio’s opposition to “Right to Work” and Rep. Becker’s extreme anti-worker proposals. Ohio lawmakers – from both sides of the aisle – know that Rep. Becker is carrying water for out-of-state billionaires, like the Koch brothers. His proposals don’t reflect the will of Ohioans. That’s why we applaud the bipartisan group of legislators who have pledged to stand up for workers. This includes Republican Rep. Jay Edwards whose letter of support is below: 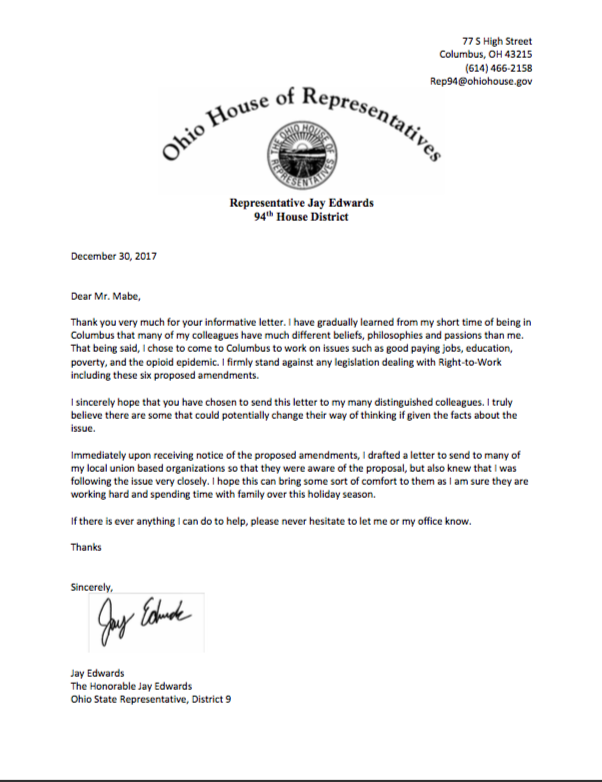