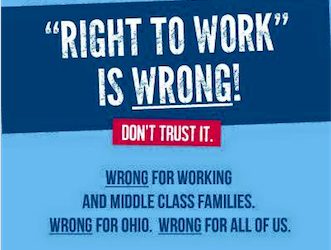 When Greg Gianforte recently appeared on “Face the State” with Dave Parker and Mike Dennison, he slipped up and let us in on his plans for undercutting middle-class workers. When asked about Right to Work, Gianfrote dodged the question and simply stated that imposing Right to Work on private sector unions wasn’t one of his top priorities. That answer is very telling.

Gianforte’s response sounds very much like the answer Wisconsin Gov. Scott Walker gave while running for re-election. He signed Right to Work into law the second he took office, of course. He had already pushed through and signed legislation that took away the collective bargaining rights of most public sector workers.